Cannabidiol (CBD) as a medicine

In addition to delta-9-tetrahydrocannabinol, which is also known as THC or "dronabinol", the cannabis plant also contains the active ingredient cannabidiol (CBD). However, in comparison to THC, this phytochemical is barely psychoactive and therefore not a narcotic. Because of this, there are no legal restrictions on this drug, unlike cannabis and THC. On the contrary: due to its rather therapeutic effect, CBD is widely used in modern medicine. 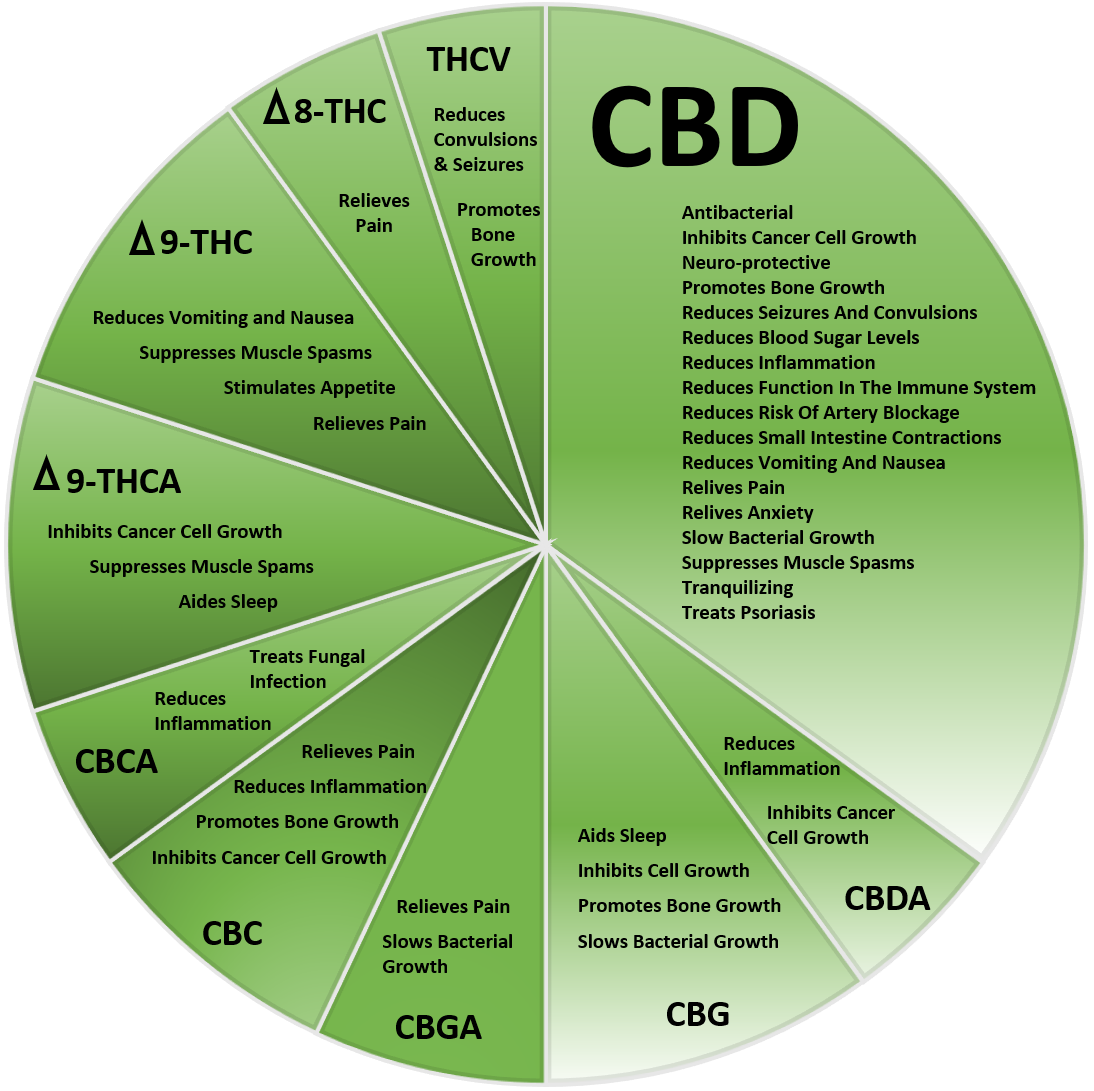 CBD without an intoxicating effect

Nowadays, marijuana and hashish are mainly consumed as stimulants because of their intoxicating effects. Due to the high THC content in marijuana, this cannabis product is greatly intoxicating. The pleasure from it leads to a state that is commonly known as being "high". By contrast, hashish contains a high proportion of CBD. This can lead to the effect of THC being inhibited. In addition, the CBD contained in cannabis can counteract psychosis and schizophrenia.

In most countries, the possession, trade and, of course, consumption, of marijuana and other cannabis products, especially hashish and hashish oil, are banned. Cannabis is only partially legalised in Uruguay, the Netherlands and some US states.

The use of CBD for epilepsy

Various studies have been conducted in the US regarding the use of CBD for children suffering from epileptic seizures. The findings of this research were satisfactory. This led to the evolution of a group of parents that resulted in the legalisation of the use of CBD in 11 states. In addition, cannabis is considered to be a medicine in another 23 states.

The medical use of CBD

There are very few of the various studies on the use of CBD as a medicine that offer any proof. As a rule, user reports, in vitro experiments or experiments on animals have usually been used here.

It is known that CBD has an anticonvulsant effect. As a consequence of this fact, this active ingredient forms the basic ingredient for the drug Sativex, in addition to THC. It is used to treat spasticity in cases of multiple sclerosis (MS). In addition, the consumption of CBD may also provide relief for other movement disorders (dystonia), such as Parkinson's disease. So far, CBD has been used successfully in epileptic diseases, as well as epileptic seizures and in Angelman syndrome.

Since CBD also has an antipsychotic effect, a variety of drug studies are currently being conducted with schizophrenic patients. In addition, CBD can do even more. It is also known for its anti-inflammatory effect. It can be used variously in this regard, for example, in asthma, a range of autoimmune diseases, arthritis and or even chronic intestinal diseases.

Like diazepam, CBD has been reported to have anti-anxiety and antispasmodic effects. There have also been positive results when it was used to fight nausea. Its neuroprotective and antibacterial properties should also be emphasised. Thus, when used in mad cow disease (BSE), it can prevent prion proteins from accumulating.

It is also suspected that the drug CBD can reduce the risk of diabetes. It is assumed that CBD triggers the preventive effect of cannabis in this regard. Concrete research concentrates on another cannabinoid, THCV.

To the video: CBD buying CBD as a medicine, therapeutic effectiveness of CBD

Successful drug trials for Epidiotex have demonstrated that there are some side effects associated with CBD drug treatment. It can cause dizziness and fatigue. Furthermore, there is a possibility that there could be a change in eating behaviour, such as a loss of appetite or an increased food intake. This is associated with weight gain or weight loss. No long-term effects are known for children.

In most cases, CBD is taken in relatively high dosages. In such cases, the enzymes CYP2C19 and CYP2D6 can be inhibited. This can then slow down the breakdown of various drugs or increase their concentration and effect.

CBD as a medicine / drug is available on prescription

Usually, a doctor can prescribe CBD as a medicine. This is then available from pharmacies as a prescription drug. Since CBD is not covered by narcotics legislation, a special narcotics prescription is not necessary. However, it is always recommended that this drug is prescribed privately, since health insurance companies do not automatically pay out, usually. Sometimes recourse claims can be made to the doctors. However, an application for reimbursement of costs should always be made retrospectively. In individual cases, costs may be reimbursed after a detailed examination.

In addition, hemp oils containing CBD are also available to buy. These contain less than 0.2% THC. The sale of these oils is legal. They are used as a food, dietary supplements or cosmetics. In part, they may also have a medicinal effect. However, they may not be sold as medicines. Hemp oils containing CBD should not be confused with illegal cannabis oils that contain a lot of THC. Cannabis oils of this kind are also known by the name "hashish oil".

The medicinal effect of hemp plants has been known for over 5,000 years. So far, 489 components have been identified in the hemp plant. These include terpenes and flavonoids, as well as phytocannabinoids, with 70 of these latter compounds. In addition to cannabidiols (CBDs), the most well-known of these include cannabinols (CBNs), tetrahydrocannabinols (THCs) and also cannabigerols (CBGs).

The intoxicating or psychoactive effect of cannabis is due to tetrahydrocannabinol (THC). In this, THC binds to the CB1 or CB2 receptor, the so-called endocannabinoid system, when it exerts its effect. Conversely, cannabidiol is not a psychoactive agent of the hemp plant at all, or only mildly so, and binds to various receptor systems.

In contrast to THC, CBD is well-tolerated. As a result, it plays a special role in self-medication, as this component has an anti-inflammatory, antischizophrenic and antiepileptic effect. There are no serious side effects. 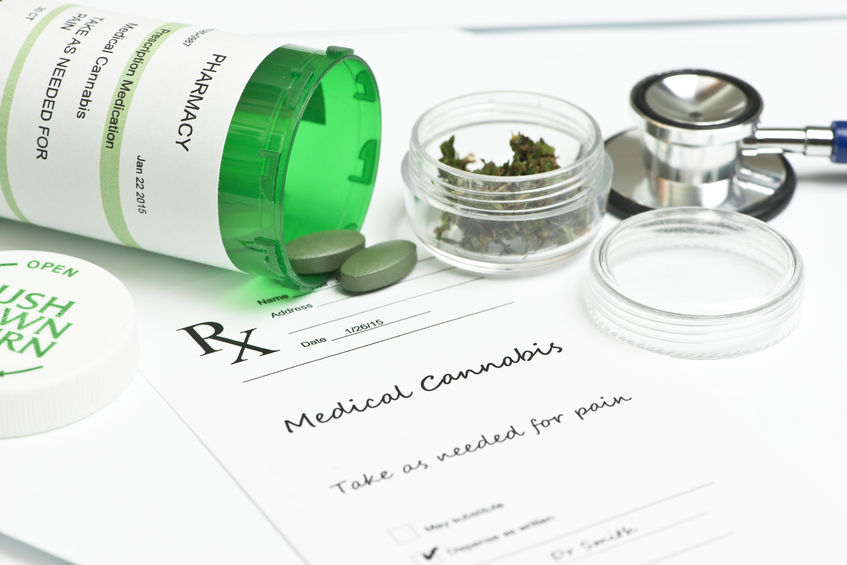 The cultivation of hemp is legal

Since hemp (especially special varieties of hemp) is rich in CBD and the content of THC is relatively low, growing it is permitted. A high concentration of cannabidiol is found in the upper part of the hemp plant, and also in the leaves.

CO2 extraction should take place so that the quality of the CBD remains high. This heat-free process preserves all the phytochemicals, as well as phytocannabinoids, with the exception of THC.

The binding of CBD to the nucleoside transporter-1 is exclusively an enhancement of the adenosine signalling pathway. In retrospect, an increased release of neurotransmitters, such as norepinephrine and adrenalin, is then coordinated. Various animal experiments have also proved that CBDs reduce TNF-alpha inflammatory parameters. (Malfait et al. 2000)

The anti-inflammatory effect can be supplemented if CBD binds to the GPR55 receptor. (Li et al. 2013)

All cannabinoids, including CBD, are considered to be important radical scavengers and are therefore central to the protection of cells

CBDs can be used in many ways. They can be used for conditions from stress through to burn out, sleep disturbances, epilepsy, and schizophrenic psychoses, along with anxiety issues, inflammation and inflammation-related pain. Relief can also be provided for nausea, vomiting, migraine and neuropathy. In addition, CBDs can also have a beneficial effect on addictions to THC, alcohol, nicotine, opiates or sleeping pills. They can be used as an appetite stimulant or as antioxidants to protect cells.

The appropriate dosage of CBD is always dependent on the individual case in question. It can rapidly vary between 150 and 800 mg per day. Even a low dose of cannabidiol can improve your well-being and vitality. Again, the amount to consume is always determined on an individual basis. Pharmacists and doctors initially recommend taking 5 to 10 drops, 1 to 2 times a day. The drops should be placed under the tongue and left there for about a minute. A further adjustment can then be made as needed.

Normally, CBD concentrates, extracts and oils are standardised as the carboxylic acid form of cannabidiol/CBDa, or as pure CBD alongside this.

The facts listed here are provided for information only. They do not constitute a diagnosis or options for treatment. In principle, it is always necessary to seek an expert consultation with a doctor or pharmacist. The self-diagnosis or independent treatment of diseases is strongly discouraged. A doctor should always be consulted for all symptoms that arise. All the CBD products listed or depicted, including micronutrients, are generally only to be used as dietary supplements. They cannot be used to replace prescription medication under any circumstances. Similarly, they should not be taken during pregnancy or while breastfeeding. Furthermore, there is no guarantee as to the completeness, timeliness and/or correctness of the texts.

Taking cannabidiol may slow down or otherwise affect how other medicines are broken down.

We and our authors assume no liability for self-inflicted damage caused by products or information listed here and we dissociate ourselves from any liability.